Defending champions Brazil, one of pre-tournament favorites, began the VII Men’s Pan American Cup with a straight sets victory over Mexico in Pool B. 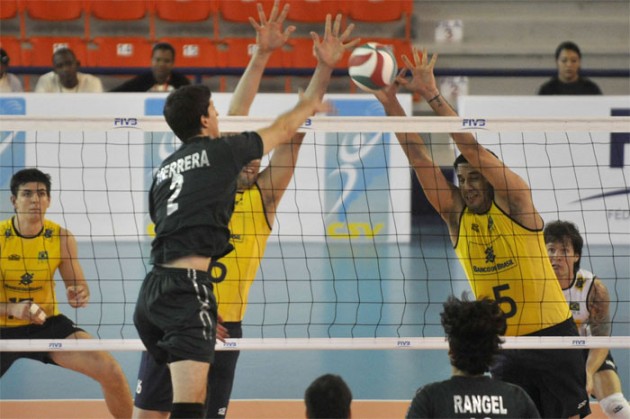 The South Americans, of strong physique and with the best size average of the eight teams, negotiated the three frames in 69 minutes with scores of 25-15, 25-15 and 25-16, showing flashes of mastery despite having many young players.

“I am satisfied with the result, because it’s a young cast, with two who have experience in the Brazilian Super League and only with two weeks of training together“, Coach Leonardo Carvalho said. “I thought Mexico would come with their best players and I watched videos of the Pan American Games, but they are also with the young players who didn’t have a good day.”

Jorge Miguel Azair, the Mexican coach, praised his opponents. “Brazil always has very competitive teams and we must keep learning, I think we made too many unforced errors, especially on the counter attacks, we defended and controlled but couldn’t close and that has been affecting us, especially in the third set when we could have an advantage and make it bigger, but failed twice to do so. The 3-0 doesn’t mean they didn’t learn. We will try to improve against United States and Venezuela.”

Raphael Vieira de Oliveira, captain and third setter in Brazilian volleyball who plays for Italy’s Trentino, said “it was a difficult game because we actually have very little time training together, but I feel very happy because the squad played very well and won in only three sets. However, we congratulate the young team of Mexico because very promising.“

Jesus Rangel, the Mexican captain, acknowledged it was a difficult game for his side. “Brazil is a strong team to play with, you have to play always at one hundred percent, we have come up with a young team just learning, but I think we will have many opportunities in the future.”