BRA M: Legendary Serginho will retire in front of 73,000 people! 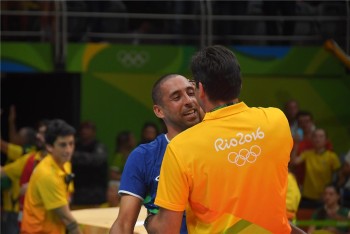 Brazil will play two friendly games against Portugal in September, while both of them will be played on football stadiums! The first match is scheduled for September 3 and it will be played on Arena de Baixada (Curitiba) with capacity of 42,372 spectators.

The second match will be played on September 4 on Estádio Nacional Mané Garrincha (Brasilia) whose capacity is 72,788 spectators. Right there, in front of almost 73 thousand people, legendary libero Serginho will play his last game for Brazil!

The MVP of the Rio 2016 men’s volleyball tournament decided to retire from the national team, while his country decided to organize him a spectacular ending. Serginho deserved nothing less than this.

CAN W: Canada is looking for new coach