BRA W: Argentina youth’s closed the tour in Brazil with a new tie-breaker

As on the previous matches the Argentine and Brazilian Youth's Girls teams played a tie-breaker on the last match of the friendly tour held in the city of Pocos de Caldas on their preparation towards their South American Championship that qualifies for the 2013 World Championship. The fourth match ended 3-2 (25-15, 23-25, 25-22, 17-25, 15-11) as the last two previous matches. 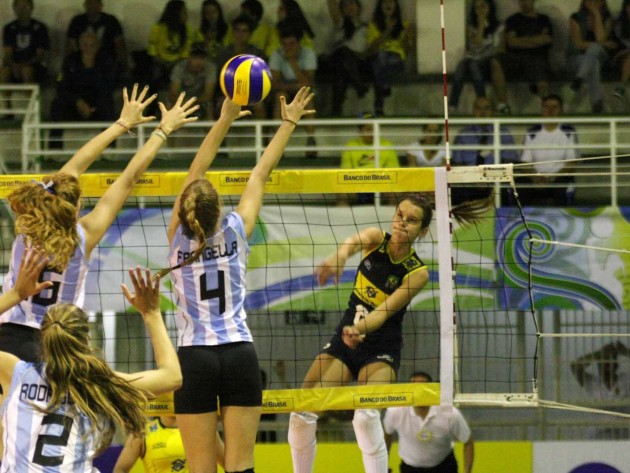 Only the first match, that really was the first international match for most of the Argentine girls was won by the host team 3-0 when the light blue – white girls just arrived to Brazil with all what means travelling for the first time, competing in a foreigh country and against the host team cheered by their fans. The team coached by Guillermo Caceres showed great output and three times in the four matches took the world powerful team of Brazil to tie-breakers, growing steadily along the matches.

This time again Brazil showed confidence on the shoulders of its captain Karoline, that topped the score with 21 points. The local team got a quick lead on the first set when they showed their utmost but then Argentina also found its momentum to fight the rest of the match, leading during the whole fourth set. In the fifth the local team lead 5-1 but Argentina nearly levelled 12-11 to close the host team 15-11.

Caceres, making a balance pointed out the fact that he tried all Argentine players expressing: “I am happy because I could put to play all my girls. Now they have to be very concentrated and confident because they all know that at any moment they will be part of the match. It was also very important to play at our level with the fans against us” he added.

For the Brazilian coach, Mauricio Thomas, the improvement of the Argentine girls was also very important. “Argentina kept improving and became a hard team to defeat. That is good because it demands each team to keep growing“.