Doping is such a sensitive topic in volleyball in the last several months. So, when a big volleyball name like one-time Olympic and three-time World Championship winner Gilberto Godoy Filho de Amauri ’Giba’ speaks about it, it goes to another level. 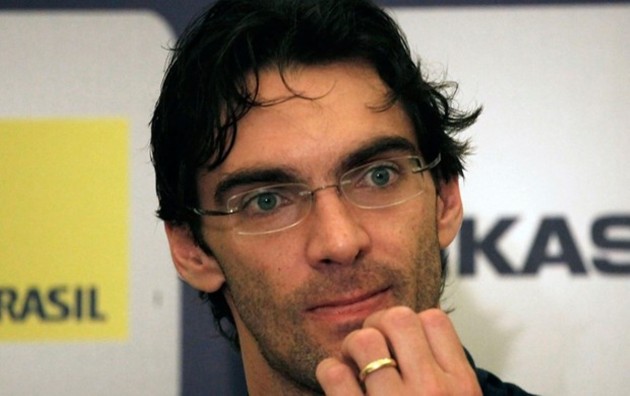 The legendary Brazilian Men’s volleyball player Giba, shocked the volleyball world by stating for „Globo Esporte“, on Sunday, that seven players from Russian Men’s Volleyball National Team were under influence of doping in the 2012 Olympic Games in London. He added that he will do everything possible to make Russians lose gold medal and give it to Brazil, who got defeated in the final by 3-2.

But, this statement of Giba, who has been appointed as Chairman of newly formed Athletes Comission of the International Volleyball Federation (FIVB), in July 2016, came upon negation of the FIVB:

“The International Volleyball Federation is aware of the statement, which was aired on Brazilian television ‘Globo’ on January 22 ,2017, concerning the need to verify the results of the matches in the Olympic Volleyball tournament in London, in 2012. During the program, it was stated that seven Russian players performed under the influence of doping during the Olympic Games in London, in 2012. The FIVB, however, does not have such knowledge. The FIVB has also not been well informed of the names of the athletes, which were mentioned in the report of an independent commission (McLaren report), who got positive results for the samples collected during the Olympic Games in London. In addition, the FIVB has no knowledge of the planned activities related to relocation of the medals. Only the International Olympic Committee can make this happen, since it is responsible for allocating medals at the Olympics,” FIVB addressed to “Globo” television.

Giba also took the opportunity to clarify his statement to the Brazilian TV network, obviously coming to conclusion he said too much earlier. But, he stood by his claim that Russian players were under influence of doping in London.

“I take this opportunity to explain my statement at the ‘Esporte Espetacular’ (TV Globo show): this week I’m going to Switzerland, at the headquarters of the International Volleyball Federation, to sit down with the doping and legal departments to understand and ratify the alleged doping problems of Russians in 2012 and bring the answers to the Brazilian Olympic Committee. Then to review and bring in the request for punishment and review of the London medals,” Giba wrote on Instagram.

RUS M: ’Spirik’ in the element once again: Do you see what name is written on my jersey? (VIDEO)

And what happened back in 2000. when you were checked on doping and also found positive? When you played in italy? Do you remember that???

But when Giba was caught in doping, what was it? Wasn`t just Marrijuana?