BRA M: Bruno, Vissotto and Co. had to sue their former club

They were Brazilian champions back in 2012/2013, but then everything collapsed... 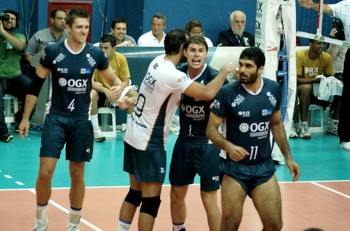 Do you remember Brazilian volleyball club RJX? They were founded in 2011 and became the champions of Brazil just two years later. However, then the club ran out of money and stopped working somewhere in the middle of 2014.

The only problem is that RJX still owe a significant amount of money to their former players, such are Bruno Rezende, Leandro Vissotto, Mario Jr and others.

The thing is that the company which founded the club soon changed their role and became the official sponsor instead of the legitimate owner. Therefore, the company now refuses to pay the club’s debts, so the whole case ended up in court.

We are about to see what will happen here.