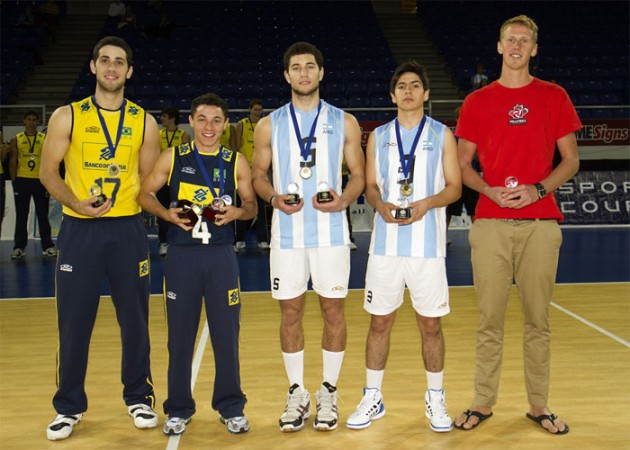 Along with this award, Carvalho was named Best Digger, Best Receiver and Best Libero.

“This tournament was very good for us, and these awards are just a consequence of hard working and the team effort”, said the Brazilian libero at the end of the competition.

“One of the most difficult matches for us was against Canada, is a very tall team. This is my first time in this country, and I also appreciate the support of brazilian fans here it was so important”.

Other winners recognized were Henrique Batagim, also from Brazil. He took the honours as Best Spiker, while Canada’s Daniel Jansen Van Doorn as Best Blocker.

NORCECA M: Impressions from the Pan Am Cup 2012 U23 final