Tomis CONSTANTA claimed the eighth edition of the Black Sea Cup showing that the group is well ready to debut in the 2013 CEV Volleyball Champions League where it was assigned to a tough Pool that includes PGE Skra BELCHATOW, Dinamo MOSCOW (Russia) and Turkey’s Fenerbahce Grundig ISTANBUL. 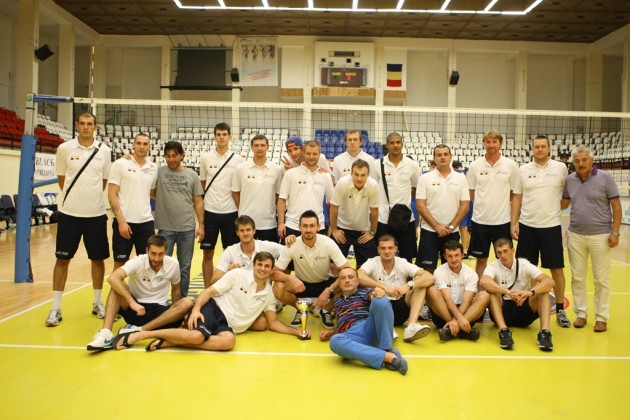 The winner of the Black Sea Cup was decided right after the last game of an intense weekend as Tomis edged in straight sets Germany’s VfB FRIEDRICHSHAFEN while Italy’s BCC-NEP CASTELLANA GROTTE – still in contention for the first place – lost 0:3 to ISTANBUL BBSK of Turkey.

“It was a very good tournament for us because three players – Stancu, Ojansivu and Bojic – joined the group only 10 days ago. We had some flaws and made some mistakes, but in spite of this we could win our matches with ISTANBUL BBSK and VfB FRIEDRICHSHAFEN. The game with the Germans was certainly the best for us in the last few weeks” said head coach Radovan Gacic.

Tomis CONSTANTA will start this weekend its campaign in the national league by playing an away match against VCM LPS PIATRA NEAMT.