The head coach of the Brazilian Women’s volleyball National team, José Roberto Guimarães ‘Zé Roberto’, announced the list of players for training for the season 2017. 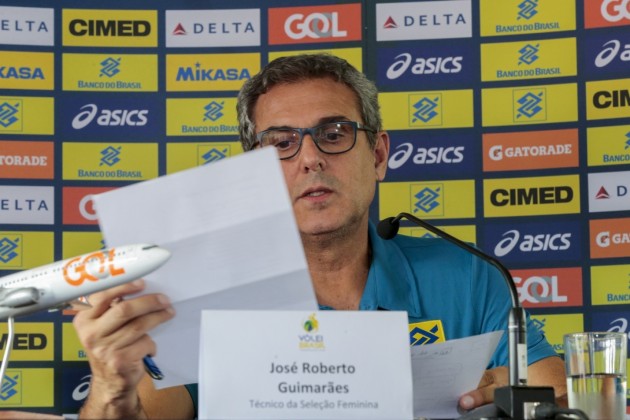 The first challenge of the Brazilian Women’s NT this season is the Montreux Volley Masters in Switzerland, between June 6 and 11. The 15 players called for this competition are: setters – Roberta and Naiane; middle blockers – Adenízia, Bia, Carol and Mara; opposites – Tandara, Edinara and Fernanda Tomé; receivers –  Natália, Rosamaria, Drussyla and Amanda and liberos – Léia e Suelen.

Brazilian head coached explained that setter Danielle Lins ‘Dani Lins’ was not summoned because she asked to be excused from the national team this year to perform a role of a mother. Same goes for libero Camila Brait. As for the receiver Fernanda Garay ‘Fê Garay’, she will get married in September and also asked to stay out.

Interestingly, Zé Roberto decided to register Vôlei Nestlé/Osasco receiver Gabriella Guimarães Souza ‘Gabi’ as libero for the Grand Prix, explaining that he did it because he considered her height is too low to compete in such a strong tournament as a receiver (she is 1.73m tall). He also said that he made this decision in agreement with the player herself.

Before the Montreux Volley Masters, Brazilian fans will have the opportunity to watch their national team up close in two friendlies vs. Dominican Republic – in Manaus, on May 30, and in Belém, on June 1.

and the setter Fabiola ?