After four seasons in Brasilia Volei, Paula Pequeno has decided to find a new club. 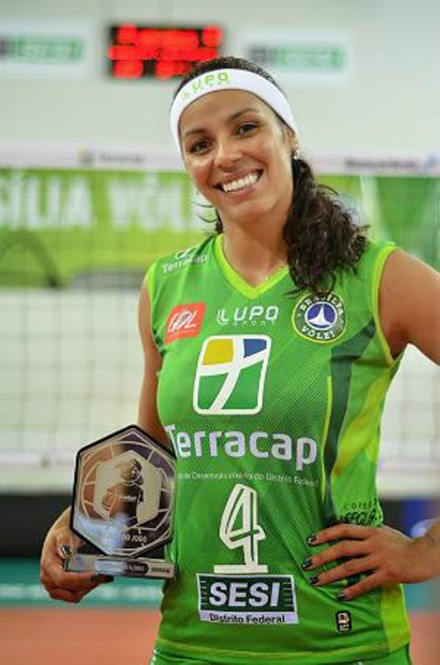 The decision was made and she moved to Volei Bauru.

Paula Pequeno is a two-time Olympic gold medal winner with Brazil and one of the few female players in the volleyball league who can effectively use the round-house arm swing.

Paula took part of the National Team who won the gold medal at the 2011 Pan American Games held in Guadalajara, Mexico.

Pequeno played with Fenerbahçe in the 2012 FIVB Club World Championshipheld in Doha, Qatar and helped her team to win the bronze medal after defeating Puerto Rico’s Lancheras de Cataño 3-0.