BRA M: The giant woke up! Sada Cruzeiro started with preparations for 2017/18

The most-titled Men’s volleyball club in the world in 2016/2017 has begun with preparations for the next season. 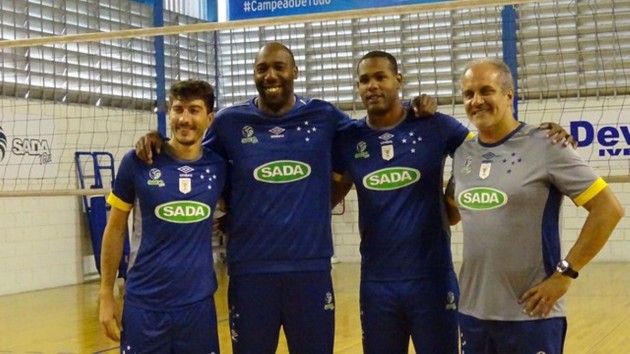 Sada Cruzeiro Vôlei set off with training for the upcoming season in which they will try to defend several trophies of which two are priority – Brazilian championship and FIVB Club World Championship.

There are several players missing in the first training session and which are going to be absent at the very start of preparations as well, all due to justified reasons: opposite Rodrigo Souza ’Rodriguinho’ competed with the Brazilian NT at the 2017 FIVB World League Final Six, setter Fernando Cachopa and middle blockers Rômulo Batista and Robert de Araújo are summoned to the Brazilian NT for the FIVB U23 World Championship, while Lucas Batista took his place in the Brazilian Youth NT.

But, reinforcements like Argentinian setter Nicolás Uriarte and opposite Rodrigo Telles ’Alemão’ were present, closely following the instructions of a coach Marcelo Méndez.

It’s going to be another season in which Cruzeiro will chase for trophies!

ECH U17 M: Italy on the roof of Europe