BRA M: Maurício – “Referees made mistakes, but they’re human”; Serginho – “It was clear it bothered both sides”

The newborn in the Brazilian men’s volleyball, Sesc-RJ, did not hide the title ambitions in Superliga before the season. Many looked at their goal with ridicule but, by beating the defending champions Sada Cruzeiro in a thriller yesterday, they shut their mouths. 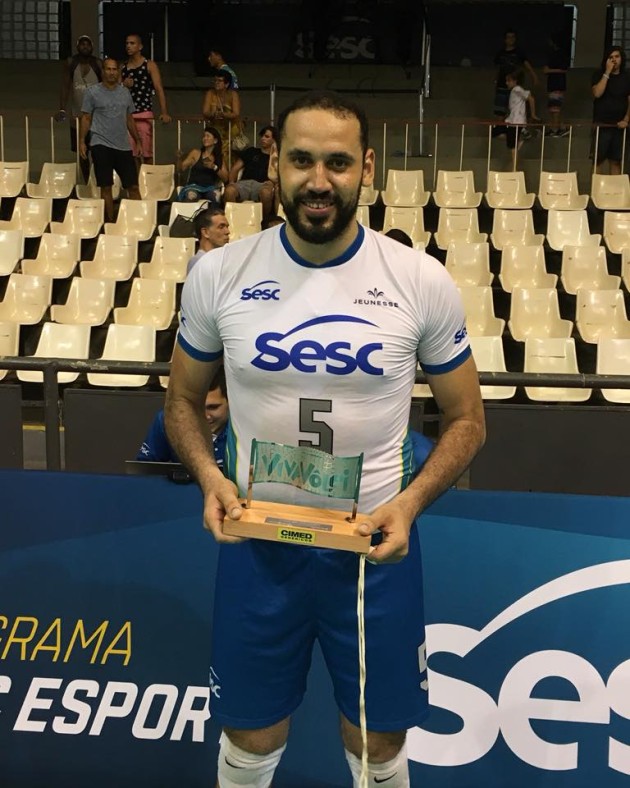 “The level is getting higher and higher. I don’t want talk about the merit of the referees. There are balls that you cannot see, but you have to watch the video challenge. It’s good for volleyball. The referees were well, they had their own tempo, they made mistakes, but they are human,” said Sesc outside hitter Maurício Borges, the best scorer of the match against Cruzeiro.

During the match, the players of both teams complained to referees’ calls. Still, it seemed that Cruzeiro players did it more often and more intense.

“We had this exterior problem in relation to the number of mistakes that were committed. It ended up disturbing the progress of the match. It left the atmosphere more nervous and it was clear that it bothered both sides,” Sérgio Nogueira “Serginho”, Cruzeiro libero, stated.

Interestingly, the rules of the Brazilian volleyball confederation (CBV) predict that only local referees can be engaged for the regular season. But, more important matches could have neutral referees, which was an exception that, obviously, should have been applied in Sesc vs. Cruzeiro.

This game strengthened the urgency of the video-check in Superliga, which is not used despite the fact it was implemented in all major national championships and tournaments of all kinds in the world.

POL M: Paták – “We fought for every point against Skra”; Wlazły – “We must learn great lesson from this”