The last round of the 2020 CEV Men’s Volleyball Champions League pool stage brought one of the biggest sensations in the recent volleyball history – Zenit Kazan are out of the Playoffs! 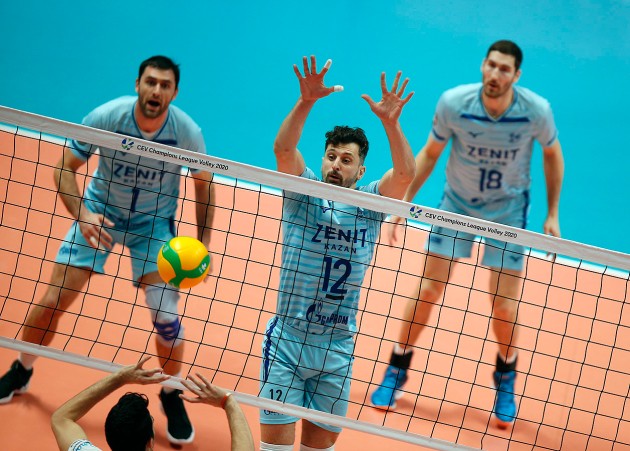 The most titled men’s club in the Champions League, counting those that still exist, Zenit Kazan from Russia won’t be playing the quarterfinals of the competition as outcomes of the matches from which their fate depended on didn’t end as they hoped. The six-time European champions did their share and beat Turkish Halkbank Ankara (3-1) to stay in contention for the second place in Pool C. But, in the match that came afterward, VC Greenyard Maaseik came back from 1-2 to 3-2 against, prior to the match, undefeated Polish side Jastrzębski Węgiel and pushed Zenit to the third position. And to hurt Zenit’s fans even more – Maaseik failed to advance to the next stage. This means that Zenit will miss the Playoffs of the Champions League for the first time since debuting in the competition, which was in the 2007/08 season.

Ahead of the last round, four teams had a quarterfinal ticket in their pockets and could play their matches without pressure. These were untouchable pool leaders: Cucine Lube Civitanova (Pool A), Jastrzębski Węgiel (Pool C), Sir Sicoma Monini Perugia (Pool D), and ZAKSA Kędzierzyn-Koźle (Pool E). Only Pool B leaders had to be determined in the last round with the two Russian sides, Fakel Novy Urengoy and Kuzbass Kemerovo, fighting for the No.1. Knowing that both recorded wins (and both in the tie-break), the ranking remained as it was before these matches, which means that Fakel secured an automatic ticket for the quarterfinals. Kuzbass managed to top the ranking of the best runners-up across all pools and will also play in the quarterfinals.

The remaining two vacancies also came from the overall ranking of the pool’s vice-leaders: By sweeping Serbian Vojvodina NS Seme Novi Sad, Belgian Knack Roeselare went through to the Playoffs. Italian giants Itas Trentino nearly joined Zenit in missing the elimination stage, which would have been shocking as well. They came back from a two-set deficit against Jihostroj České Budějovice in the Czech Republic and came in third in the ranking of the best runners-up across all pools. 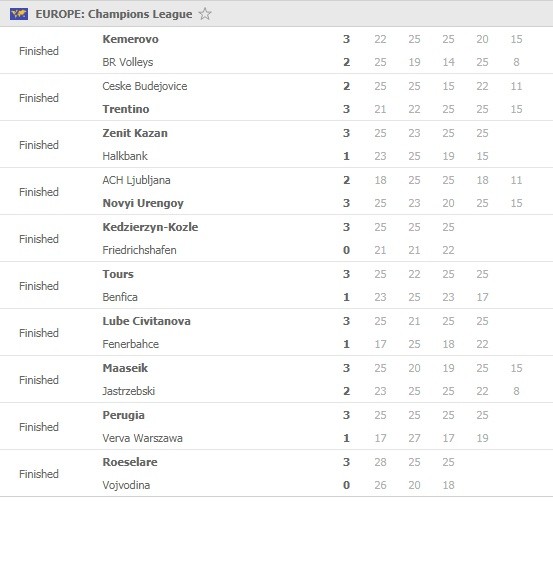 INTERVIEW: Daniele Santarelli about Croatian NT – “We know we must work hard“