Cucine Lube Civitanova and Itas Trentino have secured qualification to the quarterfinals of the 2021 CEV Men’s Volleyball Champions League. 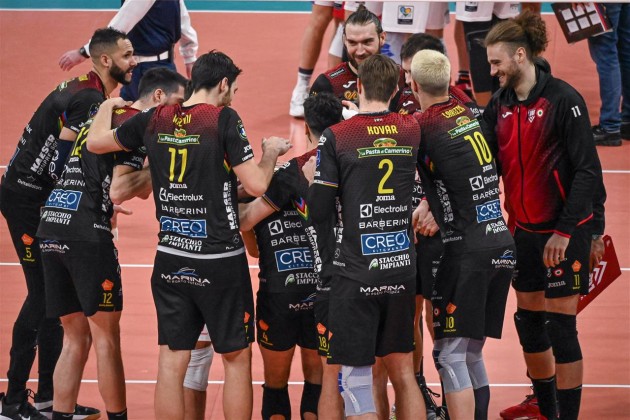 Italy’s Cucine Lube Civitanova set off the Pool B tournament on home soil but on the court of their fierce rivals Perugia victoriously and sealed the spot in the quarterfinals either as the leaders of the pool or one of the top 3 runners-up across all pools: 3-1 vs France’s Tours VB. Tomorrow, in their last match in the pool stage, Lube will play against hosts Sir Sicoma Monini Perugia in a match that won’t mean much to them but will for their rivals who are fighting to be among the best three runners-up. Cuban-Italian Osmany Juantorena and Cuban-Brazilian Yoandy Leal top-scored Lube today with 16 points apiece. Cuban Robertlandy Simón served 5 aces, while Luxembourgian Kamil Rychlicki set up 4 blocks.

Lube’s fellow countrymen Itas Trentino also secured a place in the quarterfinals. In Friedrichshafen, Germany, where the second Pool E tournament is held, they swept Russia’s Lokomotiv Novosibirsk by a 3-0 (25-19, 25-20, 25-15) and created an untouchable gap in the charts in relation to the Siberian club, who lost all chances of progressing to the next stage. The Dutchman Nimir Abdel-Aziz tallied 17 points on the winning side.

With today’s 3-point worth victories over Russia’s Kuzbass Kemerovo and Belgium’s Knack Roeselare, respectively, Italy’s Leo Shoes Modena and Poland’s Verva Warszawa Orlen Paliwa remained the only contenders to qualify for the quarterfinals from Pool D.

Achieving a straight-set win over Slovenia’s ACH Volley Ljubljana in Pool C in Kazan, Russia, to which they were led by Anton Brehme (12 points, including 4 aces) and Brazilian Renan Michelucci (4 blocks), Germany’s Berlin Recycling Volleys scheduled a clash for the top spot (and a spot in the next stage) in the pool against hosts Zenit Kazan, tomorrow. 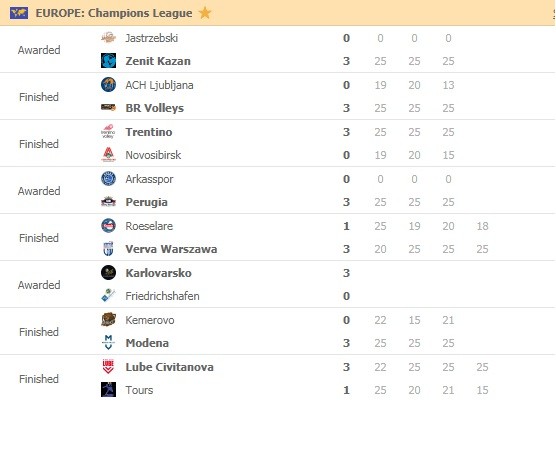 USA W: Next NCAA Women’s Championship to be played in ‘bubble’