Grupa Azoty ZAKSA Kędzierzyn-Koźle wrote the new chapter, a historic one, of their volleyball history. 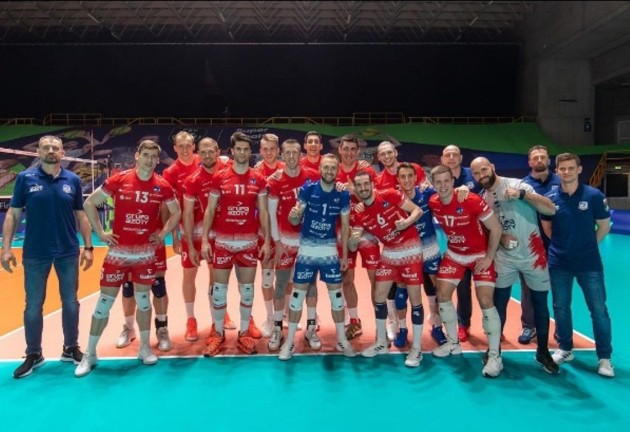 Polish volleyball fans have waited for such a success for 43 years: After an emotional clash, Grupa Azoty ZAKSA Kędzierzyn-Koźle defeated Italy’s Itas Trentino by a 3-1 (25-22, 25-22, 20-25, 28-26) in the 2021 CEV Champions League Super Finals in Verona. It was the most important match of any Polish club volleyball for decades. Prior to ZAKSA, only Płomień Milowice triumphed in the competition (when it was called CEV European Champions Cup) and they did it back in 1978.

On the way to the finals, Nikola Grbić’s players defeated two legendary Champions League clubs: Italy’s Cucine Lube Civitanova and Russia’s Zenit Kazan, and now, Trentino in the gold medal encounter. These 3 sides have as many as 11 titles combined in the CL, which in the best way portrays how big of a success Poles made tonight.

Both ZAKSA and Trentino have already lost competitive rhythm. The players of the Kędzierzyn-Koźle club played their last game on April 18, while the Italians played their last match even earlier than that – on April 7. Aleksander Sliwka was the best scorer of the new titleholders with 18 points. Dutch Nimir Abdel-Aziz stood out for Trentino, scoring the match-high of 21 points.

By signing in their name in the all-time list of competition winners for the first time, ZAKSA became the 24th team to win the Champions League and the first one from their country to do it in the new format that was introduced 21 years ago.