National teams of Japan and China held 2 test matches, one men’s and one women’s, for the 2021 Tokyo Challenge Cup and opened the Ariake Arena that was built for the Tokyo Olympic Games. 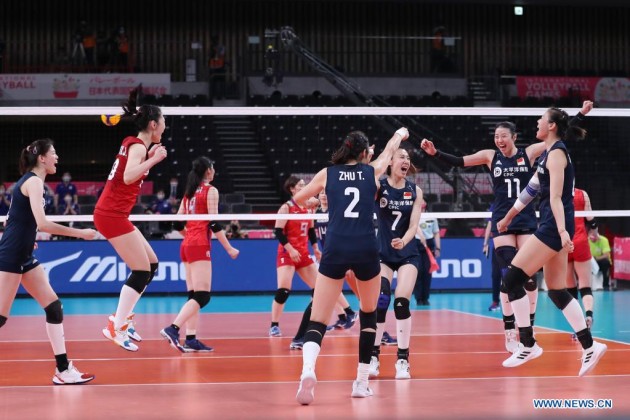 Even though it was second on the schedule, the test match between women’s national teams of Japan and China attracted more attention than men’s duel of volleyball squads of these two countries, mostly due to the appearance of the latter – the reigning Olympic champions.

The players coached by Lang Ping, who brought to the match that served as a preparation for the Tokyo Olympics and that was supposed to be played a year ago (canceled due to pandemic) in the Japanese capital all major stars (Zhu Ting, Li Yingying, Zhang Changning…), swept the hosts in front of empty stands of a newly built, 18,000-seated, Ariake Arena: 3-0 (25-16, 25-18, 31-29). This was the first international appearance of the China Women in 580 days.

The cutest serve routine ever (VIDEO)