F4 in Treviso: Imoco Volley will play for trophy vs. Vakifbank! 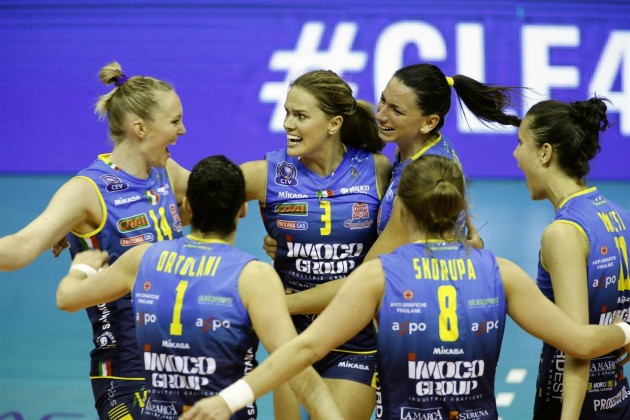 In the fourth set Imoco Volley Conegliano has made a big comeback, reducing a huge lead of the rival, which

Imoco Volley Conegliano have opened game in a much better way! Led by the fully packed hall, home team simply was better in every segment of the game, starting from the block all the way to the attacking moves.

In the first two sets, Mazzanti’s team was much more dominant side, controlling the game all the time. The way they played was amazing. Simply, the Russian team had to surrender in these two sets 2-0 (25-18, 25-15).

Dinamo Moscow wanted to stay in the race for the finals so they started playing much better in the third set, which pushed them to win the third set 25-15!

In the fourth, the Russian team had a huge lead 16:11 but Imoco have managed somehow to reduce the lead of the rival and even to take the lead 22:20! Pankova was a player who tied the score with an ace, 22:22!

At the result 23:23, Dinamo Moscow made a few good defensive moves and after a point of Fetisova, they got the set point 24-23! Kelsey Robinson had to save the set point and in another action Fawcett has created a match point for Imoco Volley!

Yana Scherban didn’t allow rival to win the game that easy, 25:25! Nicole Fawcett has again created a new chance for her team which Serena Ortolani didn’t want to miss, spiking the ball hard to win a ticket for the final!

ITA M: Trentino run over Perugia in Game 5 to advance to the finals!

CL M: No spectators and journalists –...