ECH 2017 M: Grbic – “It was difficult to play after loss in semis”; Heynen – “I feel a little disappointed”

Serbia and Belgium met each other in a bronze medal match and Grbic’s side has managed to win it after a very uncertain five-set game. 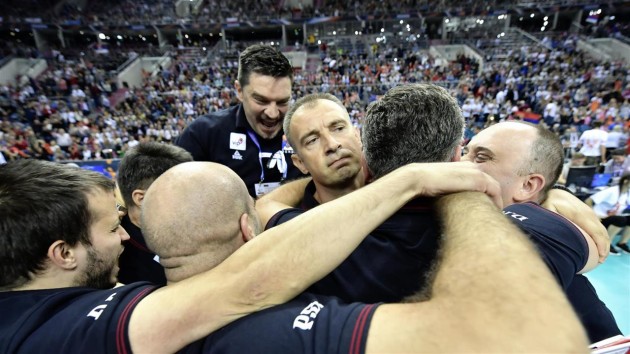 “It was an extremely tough match because we had to come back on the court after less than 24 hours since our loss to Germany. We had to overcome all emotional obstacles, so my greatest congratulations to my players for this unbelievable performance. They did their best on the court and gave everything to claim this medal. We overcame all emotional and physical difficulties and showed very good Volleyball. I think that we played better matches earlier in this tournament, but considering the fact that it was the last match and we won a tiebreak after such an intensive match yesterday, which also ended after five sets – I can say that we played the best we could,” says Grbic.

“We showed that we deserved to play in this Final Four. At this very moment, I feel a little disappointed, because this medal was not so far, and it was incredible that we came back and we showed that we could play at this level. Now, we have two steps to learn. First, how to lose, and next step is to learn how to win,” says Heynen.

ECH 2017 M: Mikhailov – “This victory will give us even more confidence”