Well, you do not see this very often... 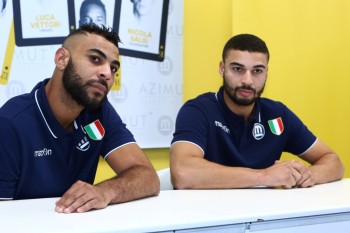 Modena head coach Roberto Piazza decided to make a little experiment in the Champions League match against ACH Ljubljana. Italian champions are playing this match with two libero players, one is playing in defense (when his team is on the serve), while the other is only on court when the team is attacking (when the opponent has the serve).

Salvatore Rossini is playing in defense, obviously, while after that… Swan Ngapeth is taking the role of libero when Modena are attacking! The Frenchman is not playing a lot in the Serie A1, so coach Piazza obviously wanted to give him a chance to feel the excitement of CEV Champions League. Swan Ngapeth’s primary position is outside-hitter.