When famous Italian volleyball expert Giovanni Guidetti resigned from the position of the Dutch Women’s National Team head coach in December 2016, many players who played under him in the squad expressed a feeling of a shock and disbelief since he did it out of the blue. One of these players was Robin de Kruijf. 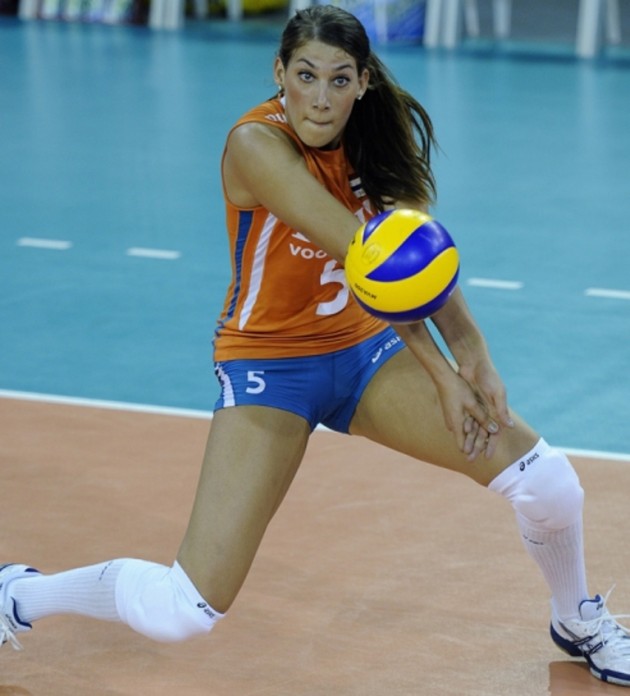 “Nice excuse, his daughter, but I do not believe it. A cute story. He should have named the true reason, which has probably been money. I think he has been put under pressure by VakıfBank, sponsor of the Turkish National Team and his position at the club was at stake,” the Dutch NT middle blocker De Kruijf has spoken bluntly for nrc.nl.

“He extended his contract (with the Dutch NT), you know. And he spoke with us. He believed in us. We would work towards the 2020 Olympic Games in Tokyo. We could win a medal there. He made us a promise, creating a dream. And then a few months later he left and did it very easy – via email. And I was disappointed. As if he had left us like he did not care for us anymore,” De Kruijf couldn’t hide her bitterness.

She added that she and her teammates have become better players under Guidetti and that in every way they were ready to make the step to the top with him.

Another Dutch NT star Lonneke Slöetjes was highly disappointed with Guidetti’s decision, for which he said it was the hardest one in his life.

QAT M: Brazilian opposite in Qatar

Shut up! He was the best for you when you played for Vakifbank and had a veeery good contract?!
And once you are going to have a family you will understand other people’s decisions!!!

It was not hos first time.

You can take him back…

She should respect his decision.

When money talks there is loyalty.

Im not a fan of Guidetti (I think he keeps complaining decisions from the refree). But I dont agree with her. It was his decision. She needs to understand that. Hes free to choose what is best for him

the e-mails are a sign of cowardice. Regardless of the reasons of termination of the contract Guidetti had to personally talk to the team.

Re: @Dasha You are wrong, the team didn’t sign contracts with him but the president of the federation…