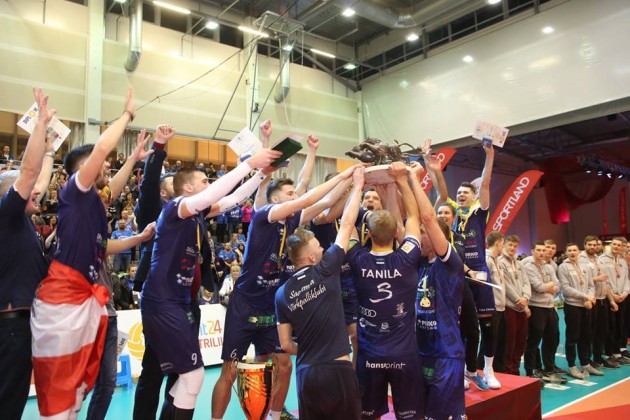 No.1 Saaremaa VK won a thriller against the compatriots and also No.2 Pärnu Võrkpalliklubi in the final match in front of the packed stands at their Kuressaare Sports Center (1,200 spectators), in which the Final Four was held.

Saaremaa were debutants in the tournament that gathers best men’s volleyball clubs in the Baltic countries and was established in 2005. Thus, winning the trophy was a huge result for the team led by Urmas Tali, who claimed the gold medal for the second year in a row as he coached Rakvere SK to the gold medal last season.

This was the second trophy for Saaremaa this season. Previously, they clinched the 2017/18 Estonian Cup. On their way to the final, Saaremaa firstly won the regular season. Then, in the quarterfinals, they eliminated No.8 VK Biolars/Jelgava from Latvia by a 2-0 in the series. In the semifinals, Saaremaa beat the titleholders Rakvere in four sets.

The oldest Men’s volleyball player is 44?...