Jeremy Audric took Pierre Pujol's place in Cannes after his injury. They managed to win against Arago de Sete. He speaks of the teams and the season in Ligue AM. 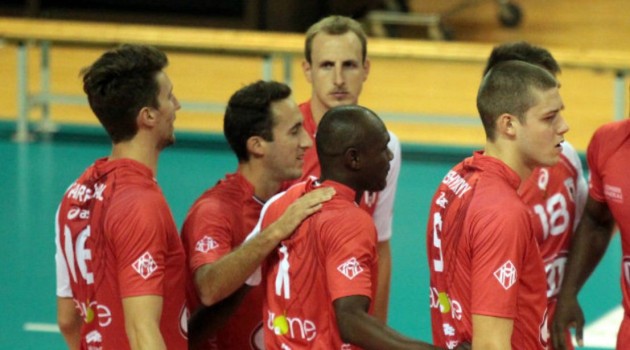 – Jeremy, we imagine that the victory against Sète raised your morale.

– Yes, it’s nice to be able to take three points, especially in Sète. We played to our strengths. We served well and had good block.

– The performance will be at least a great hope to surprise leader Tours.

– It will be another matter. Tours is undefeated. But we know we can play very well at times. We will give them a hard time.

– You will play at home.

– We play a match in front of our audience. We will give our maximum while hoping to win of course.

– A win against TVB would be a nice gift before Christmas. What could be the recipe?

– If there was a magic formula, we would apply it. When we play very well, I am confident we can beat anybody.

– Precisely, we get the impression that AS Cannes is capable of the best and the worst this season.

– It is a bit like that. It was a little difficult to have a constant level of play. It’s a bit our fault this year but we are working to improve it. And I think that’s going to get better.

– Pierre Pujol got injured and you had to step up .

– Yes of course. It is always sad when someone is injured, especially when it’s a friend. But it is true that it gave a little play time.

– What did you think of your performance?

– I’m not in the best form of my life but I think I have done enough to replace Pierre. It is the main thing. What counts is the result, my personal performance isn’t that important. Pierre began to train, he should be able to start the game against Tours.

– Is it too hard to bear the status of replacement?

– It is never easy to be a replacement, sit on the bench. But I knew very well that that would be my role here.