Agustin Martin Santos was re-elected President of the Royal Spanish Volleyball Federation after receiving the unanimous vote of the General Assembly in the election held on Sunday in Madrid. You can read all relevant news from volleyball world on Worldofvolley.com. 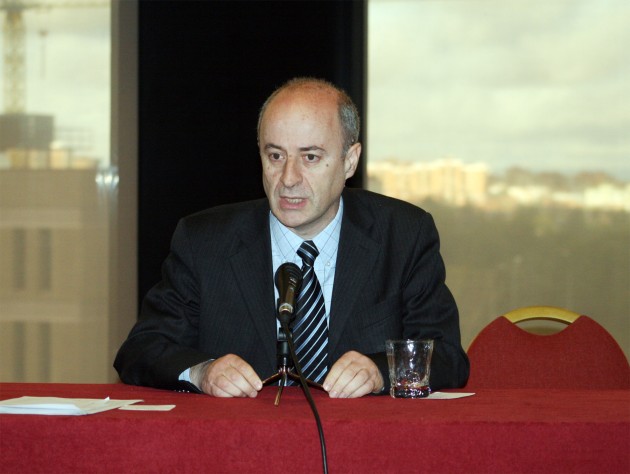 Agustin Martin Santos received 57 of the 58 total votes of the members of the General Assembly, thus earning the appointment to chair the RFEVB for the next four years with the unanimous support of all the representatives of the national Volleyball community. The newly elected federal president advocated the unity of the national sport amid the current difficult circumstances. “We are going through very hard times, due to the harsh economic situation that is beyond Volleyball as it is also affecting the rest of the society. We must demonstrate our ability to adapt ourselves and to overcome these circumstances, since this adaptability will determine our chances of survival and our options for development and progress” said the leader born in Valladolid.

The chief of Spanish Volleyball stressed the main guidelines for his fourth term as head of the national federation. “Tolerance, generosity and dialogue have been the main points of my previous mandates and they will remain so for the next four years” he said, “these principles, along with prudence and unity are the points that will govern my next tenure; it is highly important to impose intelligence and imagination to overcome the present adverse circumstances”. Agustin Martin Santos also noted that during the last ten years Spanish Volleyball has lived the most successful era in its history, since some of the best results in Volleyball and Beach Volleyball were achieved during this period. “We have experienced a prodigious decade, characterized by numerous sporting successes, for example the recent silver medal at the FIVB Youth World Championship and the silver medal we seized at the CEV Junior European Championship or the great results in international Beach Volleyball. The credit goes to all of you” he said.

The 56-year old businessman became president of the RFEVB in 2000 and during his tenure the sport has reached new heights of development in Spain. The eighth president in the history of the national Volleyball Federation ended his address with a message of optimism and called for collective support to reach for further success. “I have more enthusiasm than ever to fight, to work hard and to accomplish everything that we may have not achieved before. I know that thanks to this climate of unity that is reflected here today, the only possible outcome is success. Our future is yet to be written, we have to write it ourselves; we all have to fight for the future that awaits us, that I know will be brilliant”.