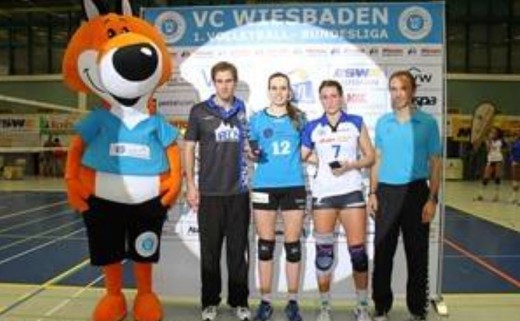 VC Wiesbaden clearly led in the first round, it was 15:09, but then they allowed inexplicably far too many unforced errors, and Suhl turned the phrase around in its favor at 16:15. VfB Suhl eventually won the first set 23:25.

Wiesbaden started playing more seriously in the second set, on the technical time-outs it was (8:5 and 16:10). They won the sesond set with 25:19.

At the beginning of the third it was (4:8). But until the next technical time-out VC Wiesbaden managed to take the lead 16:13 and also won the third set 25:20.

In the fourth it was the same story and Wiesbaden won 25:16.

Silvia Sperl was the best in Suhl, Ksenija Ivanovic with 17 points in VC Wiesbaden.