France’s girls claimed their ticket to the final round of the 2013 CEV Youth Volleyball European Championship as they edged the hosts of Greece 3:1. Finland finished the tournament in third place after edging Azerbaijan 3:0. 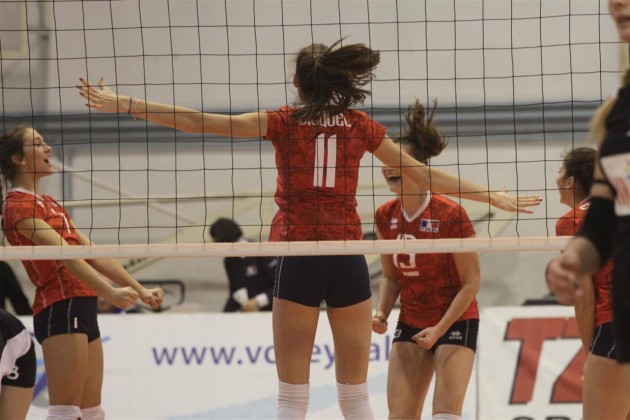 In what was the crucial match coming up after four days of great Volleyball, France impressed with excellent blocking and serving while Greece went through their worst performance in the event as they were probably feeling all the pressure associated with the obligation to win. Even though the hosts claimed the first set, they started making a flurry of errors and paced by Juliette Fidon – who top scored with 25 points – France could celebrate a splendid 3:1 win by sweeping the next three.

“Before the match we had briefed the girls and explained that this would have been a tough game because everyone wanted to win and Greece has got a strong team. However, we have a good group as well and we knew we could make it. We were able to stand the serves by Olga Strantzali, served aggressively and were also able to find a way through their block. We eventually made it even though we had lost the first set” says a happy French mentor Serge Marouteau.

Finland finished the tournament in third place after edging Azerbaijan on Monday with the score of 3:0 (25-16, 25-18, and 25-18). Nea Hämäläinen top scored for the Finns with 15 points while Tiia Pohjonen added 8 aces to the count of the “Suomis”.

Spain rounded out the tournament in Volos by edging Denmark in straight sets (25-23, 25-20, and 25-23) to finish in fourth place. The Danes settled for sixth and last but were nevertheless cheered by the audience for they showed great fighting spirit in every single match they joined.