Nantes was rewarded this weekend during the match with Cannes with the Prix Promo Volley for the season 2011/2012. For more latest volleyball news visit worldofvolley.com 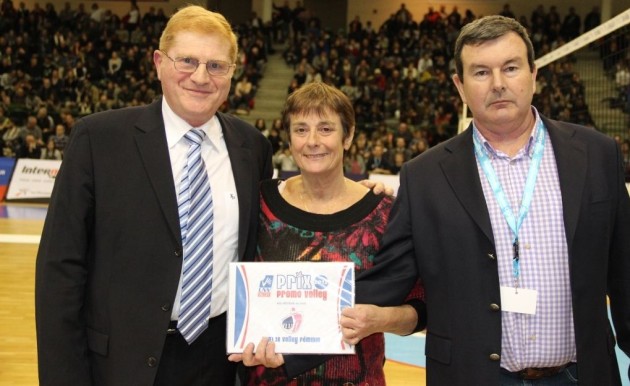 Nantes Volley, represented by its co-chairs Monique Bernard and Mr. Hervé Le Bouëdec, was awarded the Prix Promo Volley for the season 2011/2012 by the treasurer of the LNV, Mr. Guy Retif.

This reward is not only an honor, but also a financial boost for the club.

The four criteria for reciving this award are:

– Initiatives in the field of promotion of volleyball, both locally and at the LNV
– Involvement of employees in club meetings of the LNV
– Increase of the average audience of the club during the season matches
– The number (not the amount) of fines. The less, the better.

Nantes Volley distinguished itself last season with a large number of organized actions in schools and clubs in the county and the region, organizing a charity match, and a constantly increased audience.

For more volleyball news from this country click on France.

FRA M: After being fired by women’s...