SESI SP dominated the game with Praia Clube and won 3:0. Tandara was one of the best with 13 points. WorldofVolley brings you the latest volleyball news. 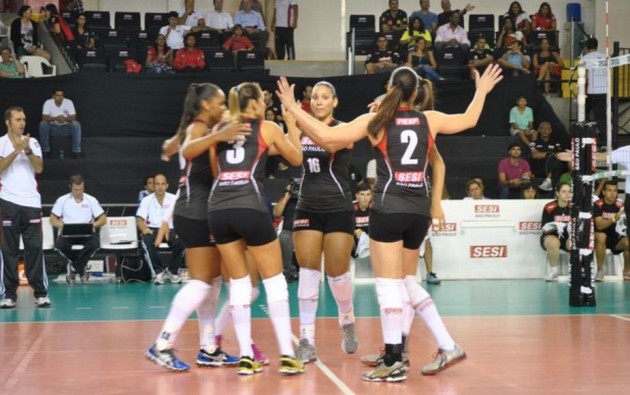 Sesi had an exciting start. Opened with three points with ease, led by noise made by the crowd in their hall. Tandara, who had scored the first two points, sent out attack. Praia Clube then awoke and it was (4:3).

It was a balanced game. Tandara led the attack of São Paulo. The home team had the advantage 12:10. After that it was all Sesi, they won the set 25 to 16.

When started, the second set seemed like a repetition of the first. Sesi opened 4:0. The difference dropped to just one point after that. Then with some great blocking and defense the team opened 18:10 with ease. They kept their lead and won 25:19.

Tandara‘s blow, right on the edge of the court, opened the third set. Praia Clube, this time, did not let the home team get away. The two teams took turns in lead. Sesi SP was better in the final moments of the set to win: 25:22.