After the victory in the semi-finals of the League AF, Béziers’ Cyril Ong goes to Mulhouse with the ambition to make a surprise once again. Find all relevant news from volleyball world on worldofvolley.com. 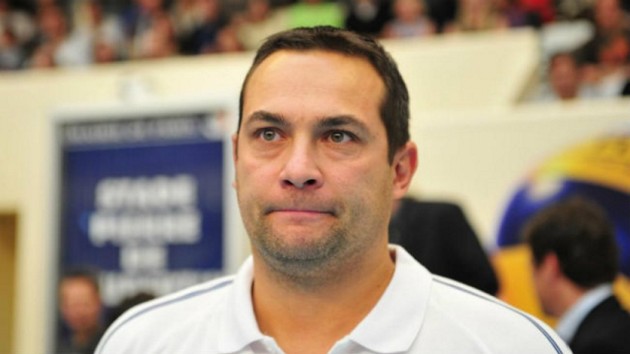 Do you expect to go through the semis this season?

The regular season, so I expected it to be so hard? Probably not. After that, we suspected that this would be harder than last season. Now, when we take stock a little more specific, there is a first part of the season which is the height of our new status acquired last season with our third place in the league and our semi-final. It’s been perhaps a little difficult to digest. After the game against Mulhouse (14th round), it was a little sawtooth, with additional pressure for the four. The championship is more homogeneous, it is not easy every Saturday. After that, in terms of pure performance, we certainly lost twelve times, but seven tie-breaks, so it is not more in the street than that.

Do you think your players can evolve to such a level in the semi-final against Mulhouse (won 3-1)?

I do not necessarily expect it, but I hope, of course. Whether if it’s me or my colleague, it all starts again in the semifinals. The girls are used to Mulhouse. For six years now they are vice-champions  of France. It was a game where we knew it would be difficult. We managed to win at home. It was not without difficulty given the score and the match. The meeting was really huge, with quality in both camps. We had prepared our semi-final. I hope that the second leg will be the same, even though it will probably be another fight.

What exactly is your speech to the players before the return leg?

Somewhat the same as I had last Saturday. We know what we have to do. Being hyper-concentrated, ultra-rigorous as long as possible to try to keep Mulhouse, because they will have a huge desire for revenge, which is more at home. He will have fun and go without pressure, because ultimately, on Saturday, we will not have any pressure, if not perhaps the fear of winning, if you are in this situation. This is so fun to go after things individually and collectively, and then we’ll see if the result is at the end.

What is the strength of your team?

It is the collective. When the group is confident it can do great things. After that, there is also of course a history of individual trust. I think they have completely accepted the instructions and applied them. I also think in technical terms we had a great quality of service which has allowed us to apply our block defense. After Saturday is another day, we’ll see what it is.

What will be the determining factor on Saturday rematch?

If I knew, Iwould be glad, because it would mean that I have a parade. I think it will probably be a game a bit like Saturday. Both teams want to reach the final, it will be a tactical battle, mental. It will be played in the balance of power service-reception. On both sides, both teams have things to improve. Magali Magail’s speech should be just the same as mine.

Do you feel excitement around the club gradually as it connects the right results?

Yes, yes. The gym on Saturday evening was filled like an egg, there was more seating, people were standing. The show, the suspense and the quality of both teams was crazy. Everyone expects that we go to the final. My role is to reduce the pressure and say we won a battle but not the war. There are still one or even two games, which will not be easy to approach and play.

To read more news from this competition click on France.

THE YEAR OF NGAPETH: Highlights of his...