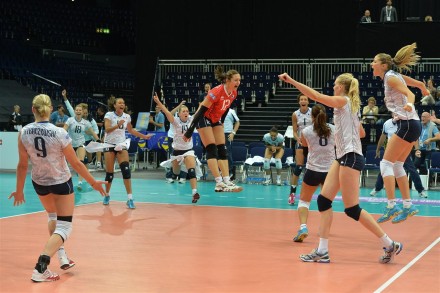 The players will come together on December 16 for a first camp under the guidance of their mentors Mauricio Paes and Magali Magail. After spending some days in Tours, they will stop in Paris and the 12 players finally retained for the tournament coming up in early January will fly to Bulgaria to play a friendly match with the local national team in Sofia. They will then come back to France before leaving for Rovinj where they are set to play the Netherlands, Hungary, and hosts Croatia.

“Our goal – which is shared by the coaching staff and all players – is to make the Final Round of the World Championship, a feat that our women’s national team hasn’t achieved in 40 years” says the President of the French Volleyball Federation Yves Bouget. “The coaches have pulled together a list that includes all of our best players thereby making sure we can stand a chance to qualify for the Final Round. This list has been approved by the Federation since it complies with our vision and the goals we have set for the team. It shall be an honour for all players to be given the chance to represent our country right by the moment we try to make the Final Round of the World Championship. It is also an extraordinary opportunity to join a project that may finally write history for our sport.”