Paris Volley won the derby match against Ajaccio at the 5th round of French LNV league, while Cannes was better than Tourcoing as guest. 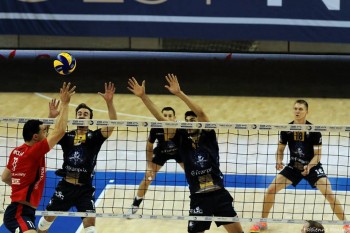 Corsicans, until today the unbeaten team and also strengthened by its success in CEV Cup on Thursday in Brčko, fell in the French capital.

The capital club has relied on a huge impact from Nikola Gjorgiev who scored 27 points! Jovica Simovski noted 19 for Ajaccio.

Consequently, Ajaccio lost its spot as leader to Paris and AS Cannes because in the other match of the day, Cannes has overpowered Tourcoing who conceded its fifth loss in as many rounds.

Wanderson finished as the top scorer with 23 points but it was insufficient to the newly promoted team in LNV.