Future of volleyball has come with German Super Cup: This is how playing on LED floor looks (VIDEO)

The future of volleyball has come with the German Super Cup that was held a few days ago. 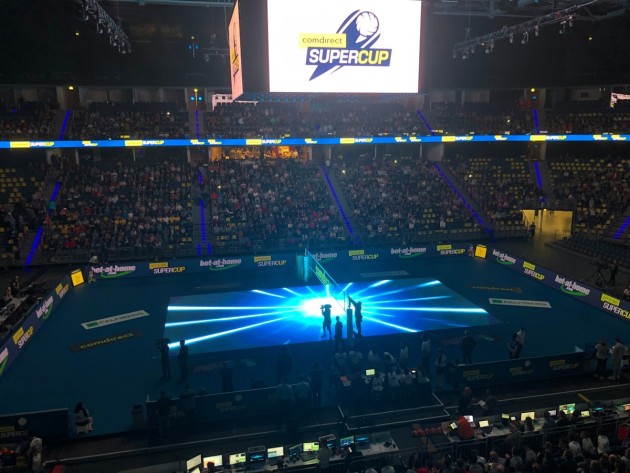 Men’s team of Berlin Recycling Volleys and Women’s SSC Palmberg Schwerin were winners of the 2019 German Super Cup that was held in Hannover, a few days ago. As we already reported, matches in both competitions were played on an interactive LED floor, which has never happened before in an official Olympic sport. Check out the animations for the pre-game ceremony, spikes, blocks…

The future of volleyball has come!