The 11-time German women’s volleyball champions SSC Palmberg Schwerin are building a new roster for the coming season with a highly reduced budget. 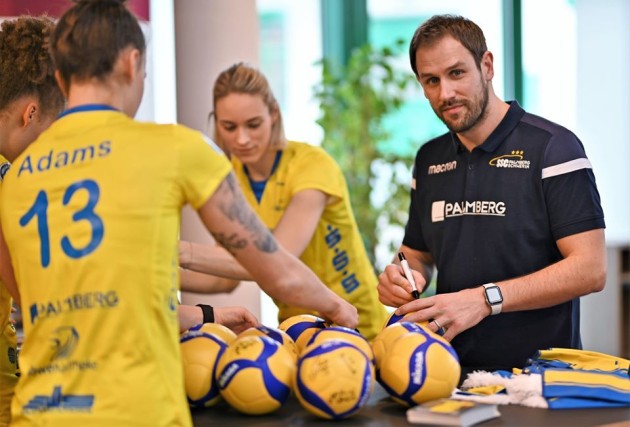 The head coach of Schwerin, who was the first-placed side in the last Bundesliga season at the moment of the cancellation of the competition due to coronavirus pandemic, Felix Koslowski, said that they won’t have enough money in the budget to bid for top players as it was the case in some seasons in the near past.

”Our budget will be 25 to 30 percent lower than last season. The Italian clubs are already brutally active. The sums they offer are everything but healthy. I’m curious to see whether it will work out that way,“ said Koslowski, who’s also the German Women’s National Team head coach.

In the 2019/20, which had been canceled due to the corona pandemic during the regular season in March, the SSC had an estimated one and a half million euros available for its Bundesliga team. Schwerin won’t get involved in bidding for top players.

So far, they signed Lina Alsmeier from USC Münster, while Hungarian Greta Szakmáry, Marie Schölzel, and American Lauren Barfield extended their contracts. There have been two departures for now. Currently, the 11-time German champions have seven players under contracts for the new Bundesliga season starting in autumn.

INTERVIEW: Milagros Collar for WoV – “After the end of this situation, I want a new challenge”