The German national women coached by the Italian Giovanni Guidetti was received today by German Chancellor Angela Merkel for the forthcoming Women's European Championship of which German is co-organizer. Read latest volleyball news on Worldofvolley.com. 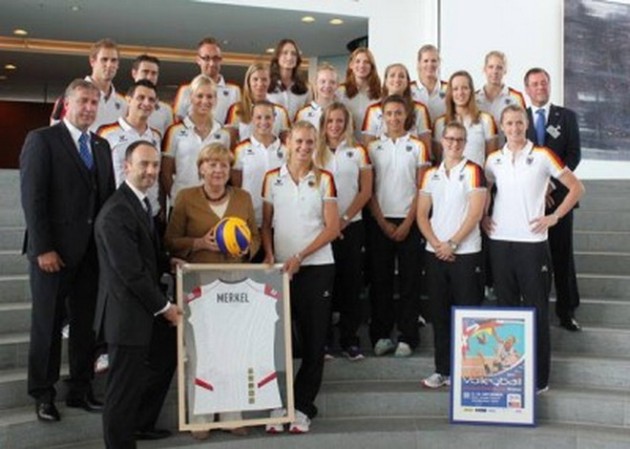 Coach Guidetti donated a jersey and an autographed ball to Chancellor Merkel. Angela Merkel handed the congratulations to the team which qualified for the Final Four European League.

The delegation consisted of all 16 players, the entire coaching staff and the heads of the German federation.