Germany have already arrived in Italy ahead of their first match in the World Grand Prix Preliminary Round against Kazakhstan on Friday. The 22-woman squad flew from Berlin to Verona before they continued by bus to Montichiari, where the first of their three rounds of matches will take place. After their clash with Kazakhstan, they take on Argentina on August 3 and Italy a day later. 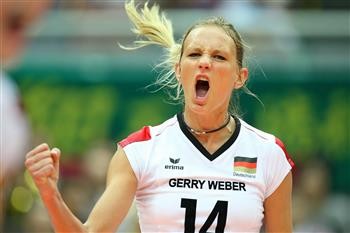 Wing-spiker Margareta Kozuch will captain the side and coach Giovanni Guidetti is confident that they can match their seventh-place finish from 2012.

“The World Grand Prix is a great tournament and our goal is to reach the Finals,” he said. “It is also good preparation for the European Championship as without the World Grand Prix we only get to play friendly matches and that would not have been good.

“If we make the Finals, it may be that my players will be a little tired by that stage but it also means that we are playing against the world’s top five teams and that we have already reached a good level.”

After the World Grand Prix, Germany will turn their attention to the European Championships that take place in Germany and Switzerland from September 6-14 and where they expect to finish on the podium.

“It is very important that we play as many games as possible before the European Championships,” German captain Margareta Kozuch said. “It shows us what we need to work on as we learn much more in a match than we do in training.”