WL M: Germany a point away from Finals

Germany are now just one point away from their first ever FIVB Volleyball World League Finals after they clinched a 3-0 (25-16, 25-21, 25-21) win over Argentina in Sofia, Bulgaria on Friday. 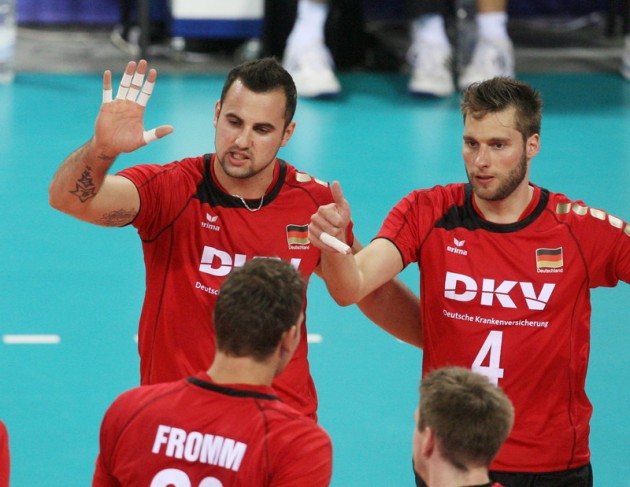 Vital Heynen’s side are within touching distance of extending their stay in the Bulgarian capital and will be eager to convert their chance on Saturday.

It was the strong serve of the Germans which was decisive in the match’s result. The world No.13 forced the South American defence to make errors in the opening set, easily taking the early advantage 25-16.

Argentinian coach Juan Manuel Barrial found a way to neutralize some of their rival’s set moves, but his team just couldn’t find a foothold in the match as they surrendered the second.

Their efforts in the third were also in vain as they went down easily, sending the German bench into jubilation.

Georg Grozer from Germany was once again unstoppable, scoring 20 points while Ivan Castellani made 13 points for Argentina

GER M: Grozer in Berlin? That would...