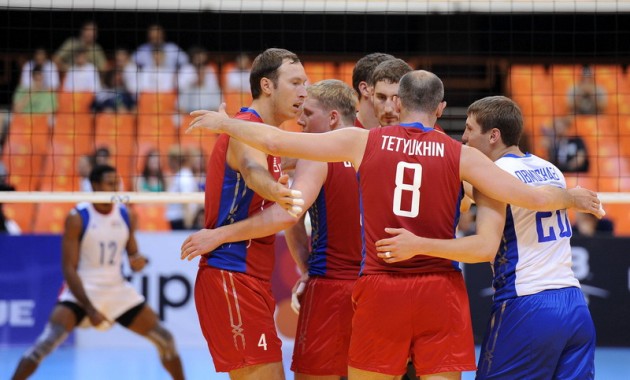 Both teams were set to play a good match from the start, going point-to-point until 19-19 when Russia made an error in attack allowing Cuba to gain a two-point advantage. However, couple of good serves by Apalikov saw Russia draw level. They gained the lead before Leon pulled back for the Cubans, keeping the lead for a 28-26 win.

The second set was the same as the first one. Both teams were eager to compete and defended well, serving with power. In the end, Russia was the luckier side as they managed to edge their rivals 26-24.

The start of the third set promised more of the same from both teams. However, after an initial couple of plays, Russia went up by three points after great block from Muserskiy. However, Leon was relentless once again and the Cubans came back. Russia came out of the first tto and took a four point advantage, extending this to eight points. Orlando Samuels called a timeout for Cuba, but the damage was done as Russia went 2-1 ahead.

Cuba looked good at the beginning of the third, but Tetyukhin stepped up to serve and Russia went six points ahead. By the second technical time-out Cuba managed to get a few points back so the teams went to the mandatory break at 16-12 for the Russian side. Cuba drew level but an error put the Russians two points ahead, an advantage they kept to take the set.

Mikhaylov topped the scores for Russia with 23 points followed by Tetyukhin and Khtey with 13. The most efficient players for Cuba were Bisset with 20 points and Raydel with 14.

WL M: Germany a point away from Finals