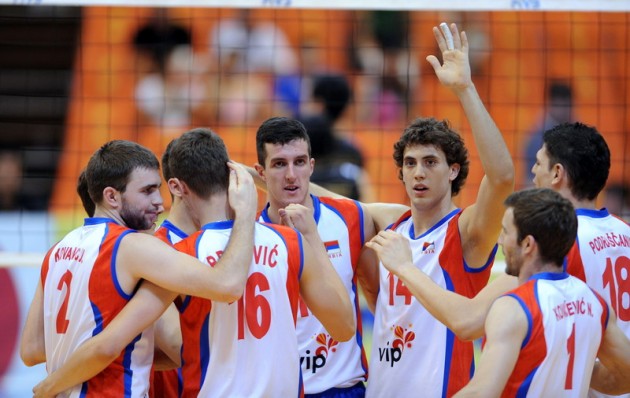 The teams were equally matched at the beginning, but just before the first technical time-out Serbia went two points up with an ace from young Uroš Kovačević for 8-6. Serbia went five points ahead, but Japan came back at 17-18. However Starovic and Rasic wouldn’t allow it and with powerful spikes they extended the Serbian lead to three points. Japan again tried to come back but it wasn’t enough as Serbia took a 1-0 advantage.

Serbia stayed on top of Japan in the second set, taking a four-point lead. The Serbian youngsters, led by their experienced captain Janic, remained focused and by the second tto they were five points ahead. Serbia kept on pushing until the end of the set, and the Japanese never had a chance at coming close as the hosts closed 25-19.

Serbia again took an early lead in the third with Japan struggling to contain the home team. Serbia was too strong and by the first tto (8-3 for the hosts) it was obvious that the match would finish in three sets. In the end, Serbia easily finished off 25-19 in the third to take the win.

The best scorer for Serbia was Uros Kovacevic with 15 points, while for the Japanese the most efficient player was Shimizu with 18.