Dresdner SC defended championship title in Germany in the most interesting playoff final series in history of Bundesliga! 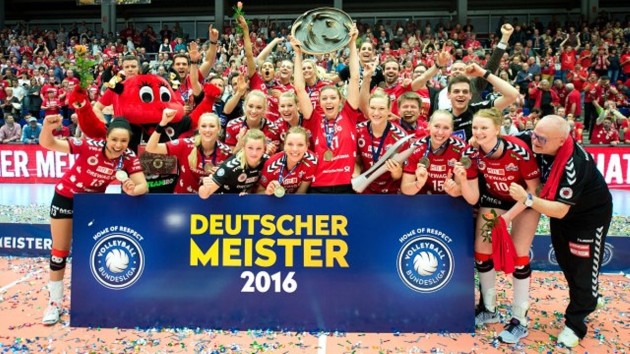 Dresdner have crowned their great season and won the fifth Bundesliga title. For the first time in the history, five games had to decide the national champions in Germany (3-2).

By this, Dresdner also made direct qualification for the CEV Champions League. Stuttgart will have to be satisfied with the silver medal, just as in the previous season.

Unlike Game 4 when she had to pause due to an ankle injury, the Dutch Laura Dijkema performed for Dresdner in the fifth game. Belarusian Kristina Mikhailenko scored 18 points in the winning team while Belgian Kaja Grobelna had 16 in Stuttgart.