GER M: Lights on for VfB FRIEDRICHSHAFEN as the start of the season approaches

It has been a busy week for Germany’s standout VfB FRIEDRICHSHAFEN as the preparations for the start of the Bundesliga are running at full speed and the countdown for the CEV Volleyball Champions League has started as well. 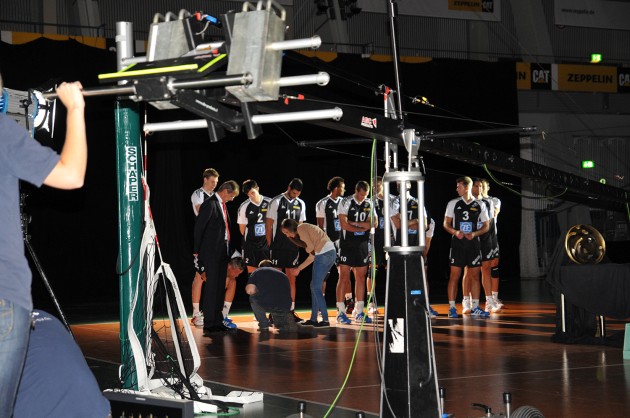 Recently the players joined a photo and video shooting whereby they had to demonstrate their Volleyball skills as they join the “Titeljagd 2013” (which stays for “Chase for the title”) campaign.

After failing to retain their title in the Bundesliga last year, the team is determined to bring it back and already during the photo shooting the players showed their commitment and determination to achieve this goal.

As the club wanted to showcase their roster for the 2013 season, the players were filmed with special light effects and by using a crane camera thereby taking some close-ups as they were displaying their Volleyball skills. “We had a lot of fun doing this” says Brazilian spiker Idi. “And we want to have as many fans as possible showing up for our home matches”.

This special campaign is meant to spread some real Volleyball fever there on the banks of the Bodensee and to document the intention of the club to go for maximum result in the Bundesliga.

Apart from the domestic competitions, the CL matches also remain an absolute priority for the group coached by Stelian Moculescu.