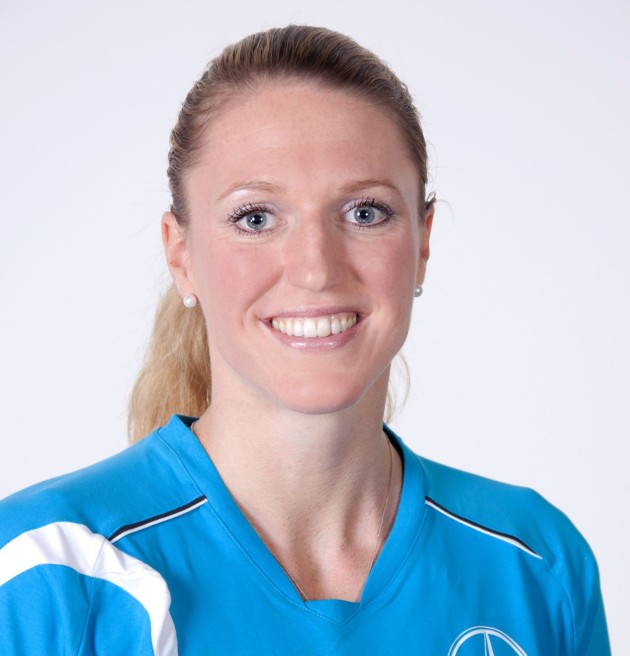 You have to prepare the sizzling atmosphere of this tournament a few days before the season starts (Schweriner SC – VfB Suhl is the first game). Each team will be evaluated as well: “This is always an exciting part of the year, a great atmosphere when the teams come into the hall,” says Axel Büring, coach of USC Münster.

This weekend (5th to 7th October 2012) in the small town Dippoldiswalde near Dresden is the 7th Dippold volleyball tournament, probably the most exciting and star-studded tournament preparation in this country. The top six teams of the preseason plus Alemannia Aachen (10th) and VCO Olympia Berlin come here for the first time directly against each other. The focus is primarily on the new additions to the team which will be presenting themselves for the first time with their new team.

Smart Allianz Stuttgart made the biggest change. They ended up with eight new players. Vilsbiburg and SC Potsdam lured among each other, middle blocker Kathy Radzuweit who went from Rabita Baku to Brandenburg.

“All the teams have had in recent years more and more high-profile reinforcements with top players from abroad,” Axel Büring observed. “The young concept is still unique,” says Büring.

A positive trend is the fact that some top players stay in the league. National team player Sarah Petrausch opted for a transfer from the Roten Raben Vilsbiburg to Munster. Czech Martina Utla come from VfB Suhl to Dresdner SC, while her compatriot Vendula Merkova left the Thüringerinnen and joined VT Aurubis Hamburg.

Therefore, one must “sound the salary levels to serious piece by piece lift” to top the European leagues, which are more competitive, calls Büring. Although one could abroad comparatively earn as much as ten times in the Bundesliga, but in terms of reliability, steadily rising quality of teams and coaches or living conditions would score the German League.

WL: Five of five for France