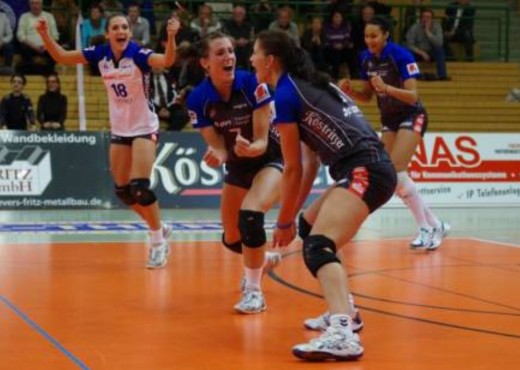 Both teams won in their previous matches, Vilsbiburg in the league, and Suhl in the Cup

For team manager Andreas Burkard the goal for the game against Vilsbiburg is clear: “We must play like in the Cup game – especially block and field defenses. If the opportunity offers to win a set, or even the game, we have to use it. In addition, we count on a blaze from the stands. During the Cup game, the audience unfortunately was not as numerous as hoped, but the atmosphere was great, despite the current situation.“