VC Wiesbaden plays in the quarterfinals of the German Cup against Alemania Aachen. Rebecca Schaperklaus spoke of this game. Worldofvolley brings you the latest volleyball news. 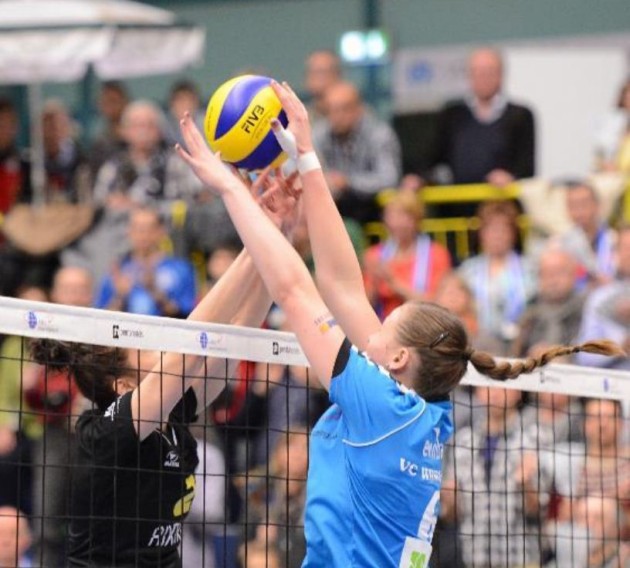 Rebecca Schäperklaus is at the beginning of her volleyball career. 20 year old VC Wiesbaden player is facing many situations for the first time in her career. Even the appearance on Wednesday in the Cup quarter-finals at Alemannia Aachen is her first. “Until now, I was always kicked out in the first round” she says.

VC Wiesbaden‘s goal is very clear: make it into the final four. They will have a tough time against Aachen.

VCW played in the Bundesliga against Aachen. Wiesbaden was 2:0 in sets before Aachen started playing well and created problems. “We will not underestimate them today” Rebecca Schäperklaus said. It will be a different situation in the Cup than in the Bundesliga.

GER M: Bisons from BÜHL have nothing...