he first round of Greece’s national league sponsored by OPAP was played last weekend with six matches on schedule. The reigning champions of Olympiacos PIRAEUS – who are set to represent their country in the 2014 CEV DenizBank Volleyball Champions League – started out their campaign by routing G.C. LAMIA in straight sets (25-17, 25-22, and 25-14). 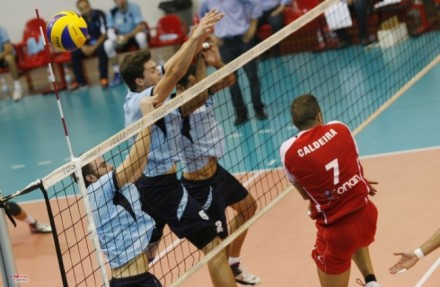 G.C. LAMIA was sidelined by the injury of their player Christos Kiosis in the second set and Olympiacos PIRAEUS found it easy to cruise to a speedy straight-set win.

Last year’s runners-up Gas Pamvohaikos VRAHATI suffered a setback as they lost their home game to A.E.K. ATHENS 1:3 (23-25, 25-22, 19-25, and 23-25). A.E.K. ATHENS was promoted to Greece’s first division at the end of the last season and has embarked on this adventure with the hope to achieve good results right by their first appearance.

Another rookie debuting in the first division, Panaxaiki – a team that hails from the city of Patra – could delight their home fans by beating one of Greece’s most decorated Volleyball clubs, namely Panathinaikos ATHENS 3:1 (25-18, 25-27, 25-23, and 25-23).

CWCH M: It was a very difficult task for Trentino Diatec