Olympiacos: “Atmosphere of terror! They were spitting at us, throwing objects…”

Despite winning the big derby, Olympiacos has published an official announcement in which accuses Panathinaikos for awful organization of the match and emphasizes that it is miracle that no one was hurt. 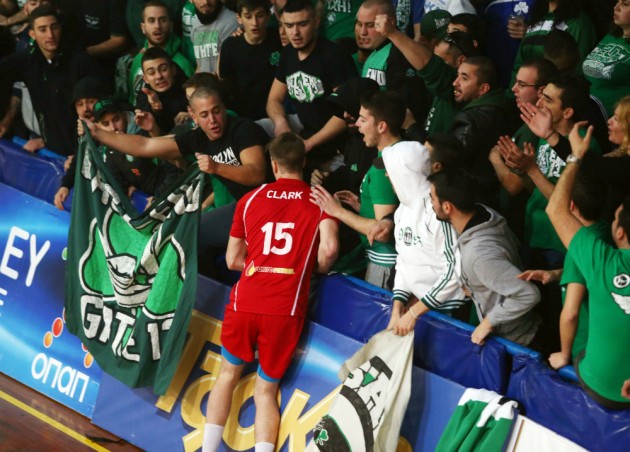 Here is the announcement:

“Olympiacos fought in an atmosphere of terror and intimidation. Home fans were insulting our players and their families, they were spitting and throwing objects at us, and they were only centimeters away from the court! During the whole game there was a threat that Panathinaikos fans will enter the court, which eventually they did in the third set and were able to change referee’s decision at 23:22!”

“At the end of the game fans again entered the court, because there were no police. And they again started throwing dozens of objects at our players and staff. This is not the first time that this is happening in Panathinaikos Hall, which just does not fulfill requirements for the high-risk game. And referees and the police allow these things!? At the same time, we are not allowed to use the lower levels of the stands in our Hall because of the possible contact with the players. Rules are obviously not the same for two clubs…”

It is interesting to mention that coach of Olympiacos, Dimitris Kazazis, stated after the match that atmosphere was fantastic, but several hours later he changed his statement via the official club’s website.