Just a week after he returned to AEK, coach Giorgos Klaroudas left the Athens giant! Club accuses him of inappropriate statements! 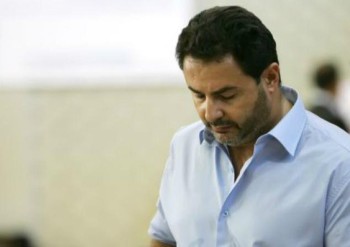 This is just unbelievable. After all that have happened to AEK in this season, it finally looked that the things have calmed down when Giorgos Klaroudas decided to take over the team. However, he stayed at the bench of Athens giant for just a week! He led AEK on only one single game, against MENT, but after losing it, things between him and the Board went bad.

Club’s officials accused Klaroudas of inappropriate statements as he said to players before game with MENT that they have to win, while after the defeat he said to them that they can’t beat anyone without foreign players!

Anyway, Klaroudas won’t be telling them anything in the future, as he decided to leave the club.

ITA M: Greek opposite in Perugia