The last stop of preliminary Pool C in the 2012 CEV Volleyball European League – Women will start this coming Thursday in Orestiada and run there through Saturday, June 23, with Greece, the Netherlands, Israel and the Czech Republic playing their last matches before the final four scheduled for early July in Karlovy Vary. 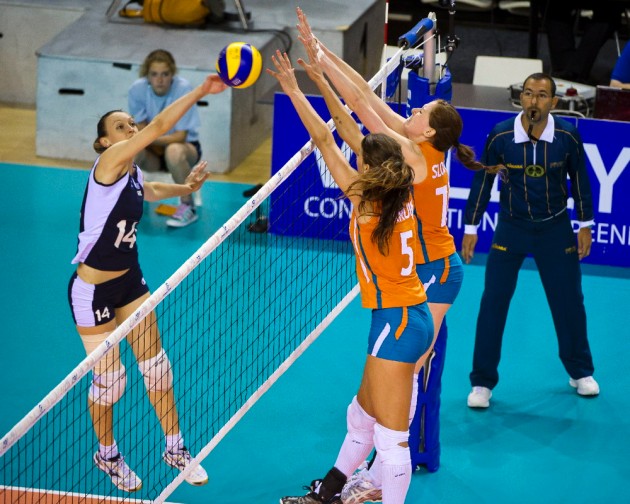 The matches will be hosted by the local, brand-new sports hall with the Volleyball fans from Orestiada and the surroundings having the unique opportunity to follow the actions of the home heroines as well as of some great players included in the rosters of the Netherlands and the Czech Republic.
As they want to finish their European League campaign with some good results, the ladies of Greece’s national team will be immediately challenged by the “Oranjes” on Thursday with the first round of matches being preceded by a press conference scheduled for Wednesday at the local City Hall.
Head coach Dimitrios Floros has retained the following players for the upcoming home round in Orestiada: Athina Papafotiou, Maria Hadjinikolaou, Georgia Tzanakaki, Eleni Kiosi, Maria Nomikou, Evangelia Chantava, Eugenia Tsima, Stella Christodoulou, Katerina Giota, Georgia Lamprousi, Irini Kelesidou and Evangelia Merteki.