GRE M: Another transfer in PAOK! Ex-player of Olympiacos arrived in Thessaloniki!

It is very lively in PAOK these days... 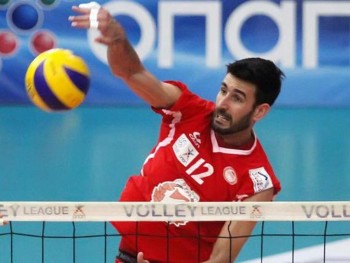 After signing David Lee and Jayson Jablonsky, PAOK have agreed terms with one more player! The club announced the arrival of Nikolaos Smaragdis, an experienced Greek middle blocker who spent the first half of the season in Foinikas Syros. It is interesting to mention that he was a member of PAOK’s fierce rival Olympiacos from 2012 to 2015.

Smaragdis actually returns to PAOK, as he played for the black and whites from 1999 to 2003. He should make a debut next week at the Final Four of the Greek League Cup.