Greek clubs might face a serious penalty if they do not pay their debts toward foreign players! 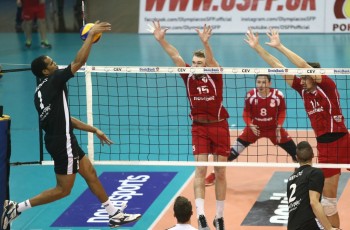 Sentragoal.gr writes that CEV has sent a letter of warning addressed to the Greek Volleyball Federation in which it is stated that Greek volleyball clubs must pay all their debts toward foreign players. Otherwise, the Greek clubs might be expelled from all European competitions in the 2016/17 season, while they will also be banned from signing any foreign players!

It is not revealed which teams have debts toward their former players.

The same situation happened in Russia, where four teams also received the last warning from CEV.

Our Website has a section Bad Payment Report and is available only to WoV Community Players! There you can talk about the teams who didn’t pay your salaries and to read some advices. If you want to be a part of our BPR section, you need to claim or create a profile in our WoV Community base.

Also, you can read the FIVB procedure for Financial Disputes.

Supporting CEV! Clubs must show respect and pay their obligations. Congratulations for CEV!

Hahahaha, do you think this is first time this happens? Every year is like that in Greece. They start to pay until January and until they are sure they will stay in league also next year and after that… But players who go there also know about that, don’t they?