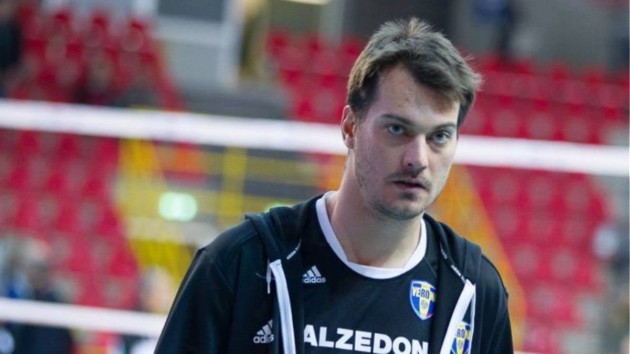 The Bosnian-born player, who gained Greek citizenship decade ago and is now the country’s national team captain playing under the name Dimitris Tzourits, spent the previous two seasons wearing the jersey of Italian SuperLega side Calzedonia Verona for which he averaged 31% attack.

Very disappointed, expected more from this guy, he is 29 years old. I was hoping he will go back to Trentino where he had the best time in his career.
Not sure what is the state of his injury that prevented him from playing last year but going to Greece is like semi-retirement.

Re: @former_player he won’t get any playing time with how Nelli is performing in VNL and he’s younger.

Re: @rivers you might be right. It seems that his golden days are over…

What did u expect with this Injury seeker type of player??? to soft, he had his time now trying to stay in European Volleyball and then go to China or somewhere else to have retirement money.

Re: @I dont Care what u say Not sure what you meant by injury seeker type of player? I am pretty sure he didn’t injure himself intentionally, and you check his career, he was playing one season in Korea for rumor says 1 million USD. He also had very successful career Trentino, Halkbank and Olympiacos. He is 29, he got married this summer and if his health doesn’t let him compete on the top level, why not going somewhere where demand is not high. I am sure he still has few decent years of play in him

Re: @fomer_player
Player should just shorten their profession sport career, just because of the ‘fame’ of the team and the intensity of physical activity that does not suit him, after his recovering.
Not knowing the consequence of ‘over’ using or abusing your body limit and force yourselves to do something could just kill once career. The once that last are the once who know their body.