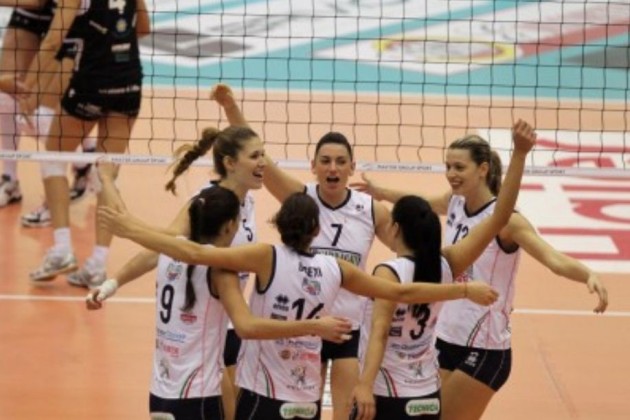 After a first set in which the teams played a tied game with few errors made by Villa Cortese, Caprara‘s team worked with patience and clarity in the distribution maintained by Rondon, while their service put the adversary under pressure. Piacenza was gradually losing in every sector, in spite of the many changes made by coach Mazzanti.

The block of Villa Cortese was better (15-7), in addition to service (7-1). In the third and fourth set Piacenza had bad attack: 21% and 33%; this has made the work difficult for Ferretti, whose distribution was not always the best with Turlea left to dry for long stretches of the match. Bad day for Nicolini (25%), never really in the game.

Rafaela Folie. The middle blocker has shown continuity and completeness in her performance. Always good on the block (4); great in attack (61%).