PalaTrento will be full of memories on Wednesday, december 26, on the game between Itas Diatec Trentino and Sir Safety Perugia. This match will decide who will play in the Final Four of the Italian Cup. This and other volleyball news read on Worldofvolley.com. 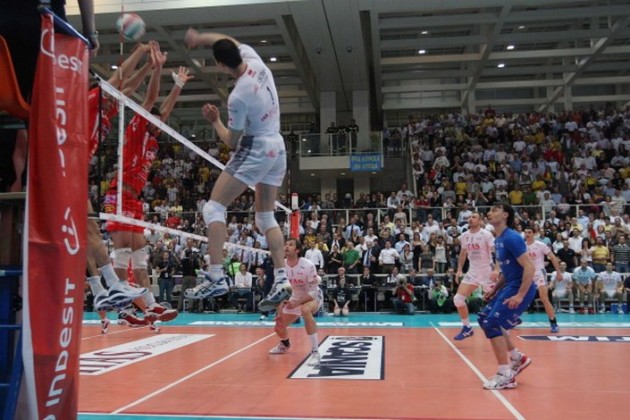 During the official presentation of the teams to the public, the captain Matey Kaziyski will receive a relic both for him and for the whole Trentino Volley: The same ball that the Bulgarian hitter began the action that gave the first title to Trentino on May 7, 2008 in Game 3 of the finals against Piacenza.

For four years the ball had remained out of the showcase of the club, it was picked up at the end of the game by the journalist of Trentino Carlo Martinelli and then donated to ‘“the opposite of paper” Association “Help us Save the Children Onlus“.

On wednesday the association will return it to World Champion.

The Trentino Volley therefore find an object of priceless value and symbolic. At the same time offer a moment of great visibility and raise awareness of the Association which operates since 2001 in the Russian Federation in assistance to children in need. The Association, a national, based in Rovereto counts among members and volunteers over ninety people.